The Aranui is a mixed passenger/cargo vessel that operates between Tahiti and the Marquesas.

It offers comfortable, air-conditioned accommodations for about two hundred passengers. Passengers will be able to sunbathe on deck, swim in the pool, or enjoy exotic tropical drinks while the Aranui wends her way among the islands of the Marquesas.

The vessel operates under the French flag, and her crew are all Polynesian, primarily Marquesans.

The name “Aranui” means “The Great Highway” in Maori, another great Polynesian culture. The first Aranui was purchased from a New Zealand ship owner in 1959. CPTM kept her original name, because it suited her. Serving as a link between the remote Marquesas and the rest of the world, she truly was a “Great Highway” on which cargo and passengers traveled. The original Aranui was too small to meet the needs of the islands as trade increased. CPTM therefore retired her, and purchased a new vessel, which was also named the Aranui.

The second Aranui was originally built as a freighter for the Baltic trades, with unusually thick hull plates because of floating ice often found in that area. She was modified in Germany in 1990. After only a few years in service, it too was getting too small again to meet the islands growing trade needs as well as the increase in passenger travel. CPTM decided this time to built a new vessel in 2000, which was named the Aranui III.

The Aranui III was built in Romania as a freighter and passenger vessel. Because of the number of passengers the vessel can carry, she was reclassifed as a passenger vessel. Thus, meeting the strict requirements of international SOLAS (Safety of Life at Sea) regulations and many safety features including life boats and lifte rafts and fire safety systems.

The vessel is French registry, and crewed primarily by Marquesans. They are extremely skillfull and very hospitable. It is often their custom to give an impromptu concert in the evenings, both for their own and our passengers pleasure.

The ship features a small boutique where various sundries, clothing and souvenirs are available. There are washing machines and dryers aboard, but dry cleaning is not available. There is also 2 bars and video room, which has a television, VCR and a small collection of videotapes. She also has a swimming pool and sunbathing space.

The electrical current in the cabins is 220 volt 50 cycle AC, using French-style plugs. If you have any small appliances, please make sure you have voltage converters and plug adapters needed to use the ship’s standard power. The vessel accepts traveler’s checks and credit cards for on-board purchases. We regret that we cannot honor personal checks. Lock boxes are available on board for passenger convenience. However, we do not accept custody or responsibility for passenger valuables or money. 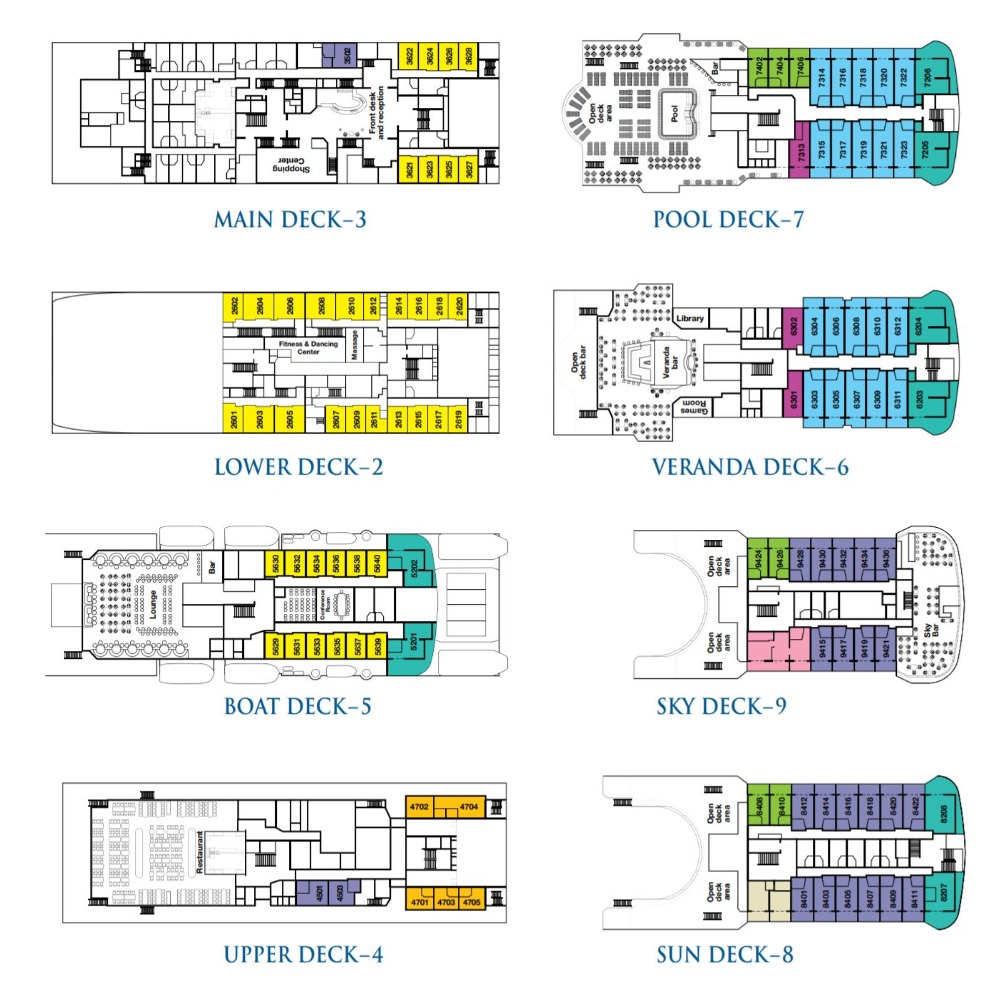 Discovered by Europeans in the 18th Century, the Austral islands are located 600 km south of Tahiti. ...

Ancient stories tell of the migration of Polynesians from the Society Islands and even as far as ...

Mythical and mystical. A land that has attracted explorers, writers, painters and artists. Breathtaking landscapes of mountains, ...

This special cruise will head south to Pitcairn Island via the Gambier Islands. Following in the footsteps ...

Tua-motu, the "many islands" in Tahitian: they are indeed 76 low coral islands scattered on the surface ...