What is it like to travel to a place so exclusive that less than 1,000 people are allowed there each year? Wild Earth Travel's Sarah Porter finds out...

Telling friends and family I was off to the Subantarctic Islands of New Zealand either drew a complete blank stare, or the notion that I was actually heading to Antarctica. Explaining to people that over 200,000 people visit the Galapagos Islands each year; 40,000 visit Antarctica; and tourism is restricted to less than 1,000 people on the Subantarctic Islands; I then got the reaction I was after. I was off on a very special expedition to an extraordinary place.

Heritage Expeditions has been taking people to these ‘Forgotten Islands’ for over 30 years, and their ship Spirit of Enderby is very well equipped for this voyage south with a very experienced crew. Carrying just 50 passengers, a knowledgeable expedition team (who shared their passion in the lecture theatre and their zodiac driving skill on the water), and a Russian crew of 20; it was rather easy to get to know people.

The first 36 hours saw us travel some 700km south to Campbell Island. It was certainly a roller coaster ride, and whilst the Southern Ocean wasn’t at its most fierce, we felt the roaring forties and furious fifties the further south we journeyed. We awoke to sunshine and calm waters thanks to the shelter of Perseverance Harbour on Campbell Island and guests were given options – a full day hike to Northwest Bay, or a morning of zodiac cruising and afternoon walk to the Southern Royal Albatross colony at Col Lyall. With a wing span of over three metres, the Albatross are truly spectacular, and seeing them nesting amongst the slopes of mega herbs was truly remarkable.

I opted for a more challenging excursion the next day, climbing to one of the highest peaks of the Auckland Island’s Carnley Harbour. It was an afternoon David Attenborough would have been envious of, and Bear Grylls would have been proud of – a steep climb through untamed bush, to a high ridgeline where Albatross were gliding on the breeze. After dinner that night we returned to the zodiacs for an evening cruise amongst Rock hopper Penguins and amazing sea caves.

The next island for us to explore was Enderby Island, still part of the Auckland Island group. We were greeted on shore at Sandy Bay by dozens of Hooker Sea Lions – staunch males with their harems as well as delightful pups. As hard as it was to pull ourselves away from the beach, most passengers opted for a full day’s walk around the island, where we were rewarded with yellow eyed penguins, mega herbs, rata forests, more sea lions and even a ship wreck.

Our final visit was to the Snares Islands, where landing is prohibited, so the morning was spent zodiac cruising around the shorelines. The Snares Crested Penguins were a delight to watch, and the famous ‘Penguin Slide’ was just that – a giant rock face slide the penguins used to enter and exit the water.

The Subantarctic Islands of New Zealand are an untamed, untouched and quite an unbelievable part of the world, where every day had new surprises. I returned home exhausted yet invigorated, and feeling very privileged to have visited these forgotten islands. 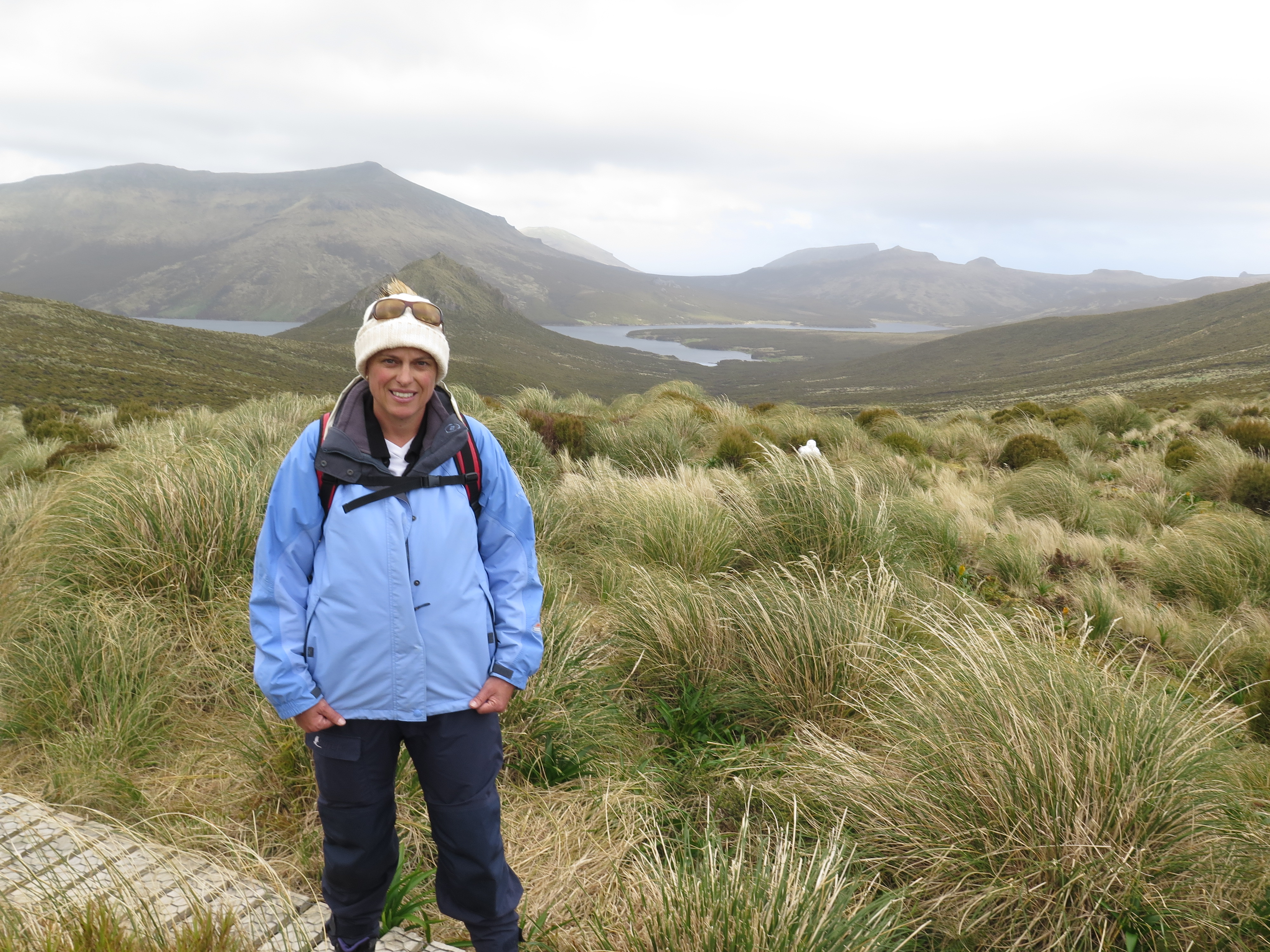