Print a pdf of this cruise
We start our 12-day adventure of coastal southern and mid-Atlantic states in Savannah, the oldest city in Georgia. Against a backdrop of preserved historic buildings, and the clip-clop of horse drawn carriages on cobblestones, you’ll feel as if you’ve stepped into a painting of the pre-Civil War era.

Next, we’ll visit Beaufort, on Port Royal Island, one of South Carolina’s coastal gems, where you’ll be surrounded by mansions from the 19th century amid moss-draped oaks. The style and charm of the old south continue as we sail to Charlestown and Georgetown, SC. And everywhere, optional tours are available for walking, van, boat and carriage.

The leisurely pace of our 5-state coastal cruise includes stops in Southport and Beaufort NC. Hungry travelers can sample Southport’s delicious crab-cake sandwiches. While Beaufort’s claim to fame is that it was host to pirate, Blackbeard, and today is a protected habitat of wild horses.

After a full day of cruising, we drop anchor in Norfolk, VA, home of Norfolk Naval Base and the MacArthur Memorial. From there, we’ll visit Yorktown, VA, where General Cornwallis surrendered to George Washington in October 1781.

Our excursion then takes us to Maryland’s capital city, Annapolis. Explore the U.S. Naval Academy or soak in the Arts District before we arrive at our final destination—Baltimore, MD. We’ll dock right in the vibrant Inner Harbor where you’ll be steps away from the world famous crab shacks, as well as attractions like the War of 1812 warship USS Constellation and the National Aquarium.

Spend the day enjoying the Southern charm of Savannah, Georgia. Throw on a pair of comfortable shoes and take a walk through Savannah’s streets and parks surrounded by beautiful oak trees. Explore the architecture and buildings or pick up a Visitor’s map and explore the most popular shops and restaurants in the area. Be prepared for the warm temperatures by packing some sunscreen and drinking a lot of water.

Spend the day in the second-oldest city in South Carolina exploring places like The Kazoo Museum, which houses one of the world’s largest kazoo collections or take a carriage ride through Historical Beaufort. Some call Beaufort “America’s Best Art Towns” for its community art centers, galleries, art classes, theaters, and art conferences.

Brimming with southern charm and breathtaking views, Charleston is often referred to as a living museum, is located on Charleston harbor. Here, cobblestone streets, pre-Civil War era houses, and iconic palmetto trees paint a portrait of the old South.

Georgetown, widely accepted as the probable site of the first European settlements was at the center early American history. Today, the Georgetown Historic District is a picturesque, coastal town filled with buildings and sites listed on the National Register of Historic Places. You can take in its southern charms on walking or tram tours, visit one of its four museums, or test your nerves on its famous ghost tours.

Southport, at the mouth of the Cape Fear River was originally built around Fort Johnston, which was initially constructed to defend against pirates. Southport is steeped in history and beauty with much to discover, however no stop is complete without a visit to The Old Brunswick County Jail. Before the day is done, be sure to taste Southport's famous crab-cake sandwiches.

Beaufort, nestled in among North Carolina's Outer Banks, is the site where famed pirate, Blackbeard, ran his flagship aground near Beaufort Inlet. Today, the Southern Banks are the protected habitat of wild horses, believed to be descendants of the Spanish Mustangs, brought to America by conquistadores and trading vessels. Also not to be missed is the Beaufort Historic Site and NC Maritime Museum.

Spend the day on the water, cruising down the inland Intracoastal Waterway to Coinjock, North Carolina this morning. Locals believe that its name “Coinjock” is of Native American origin meaning “mulberries.”

In this city known for music, antiques and history, enjoy a tour of the town and visit the Norfolk Naval Base and the MacArthur Memorial.

Experience four centuries of history on the streets of Maryland’s capital, Annapolis, MD. Explore the US Naval Academy or enjoy the art galleries in the Arts District. In the evening, discover the bars, restaurants, boutiques, and rooftop live music venues.

On Blount's small ship you will dock in the heart of Baltimore, just steps away from famous landmarks. Enjoy explore the Inner Harbor at your leisure. This vibrant area will delight you with tasty and world famous crab shacks as well as attractions like the War of 1812 warship the USS Constellation and the National Aquarium.

She was refurbished in 2010, with totally new cabin configurations including new décor, new bathrooms, new furniture in the cabins, a renovated lounge, new décor, and brand new furniture. So if you want to take in a few rays on the sun deck, relax and enjoy the vista-view lounge, or just have a few quiet moments in your cabin as the sea drifts past your open picture window, the Grande Mariner is ready. 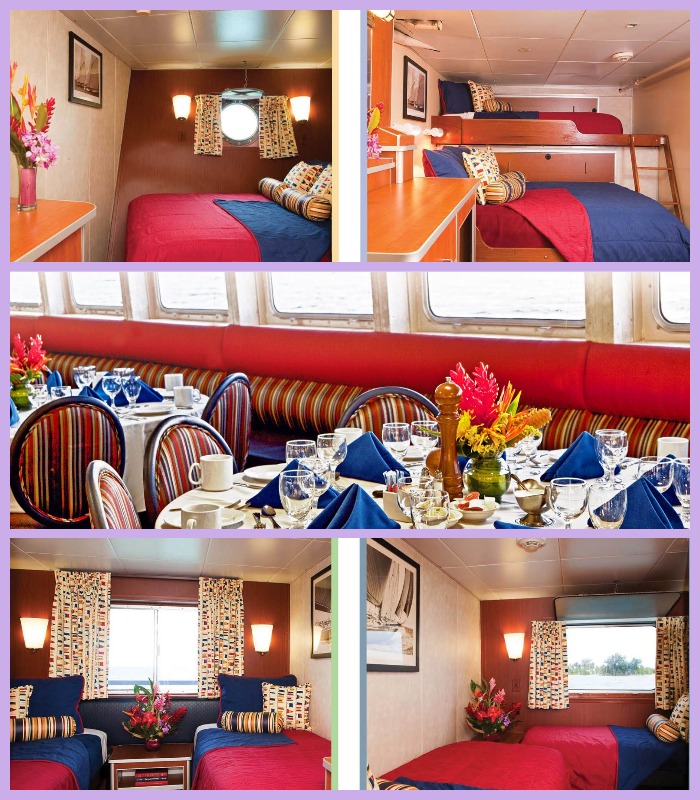 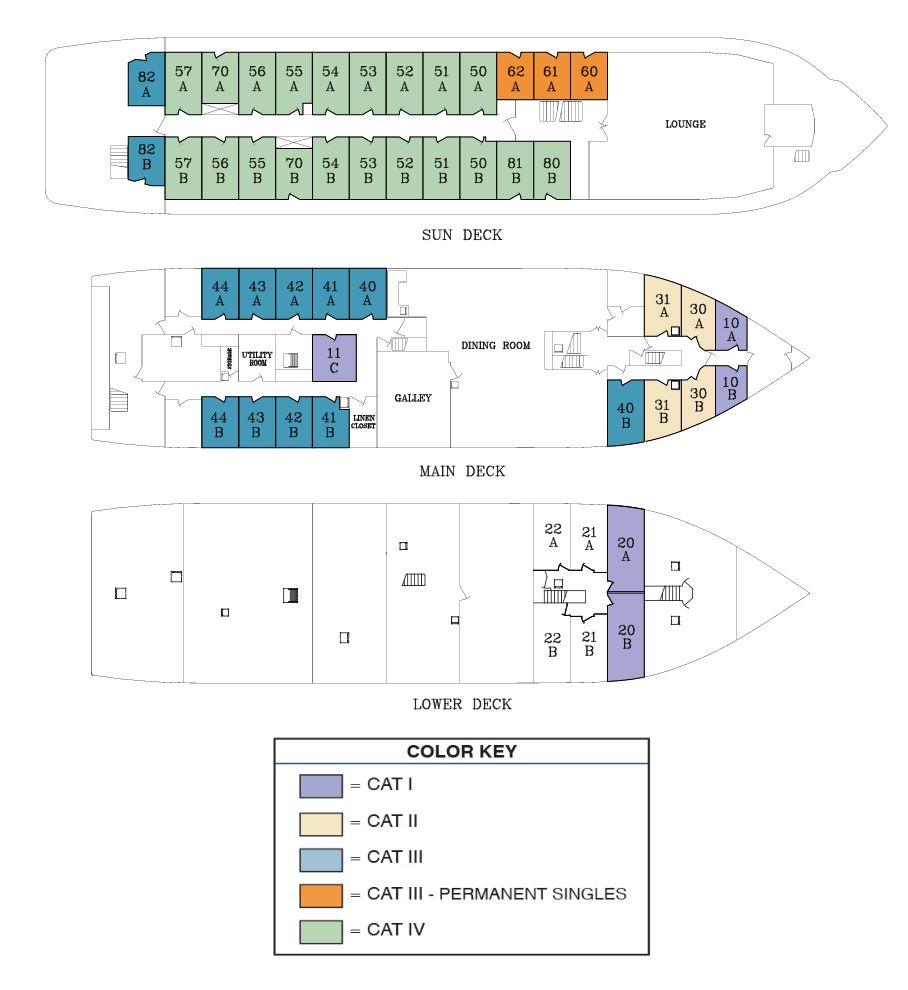 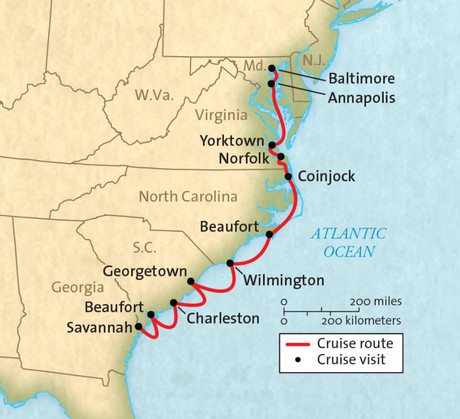