Print a pdf of this cruise
This expedition charts a course unlike any other on Earth, following the Viking voyages from the north of Scotland to the Faroe Islands and onward to Iceland.

As we approach Iceland, we’ll experience earth in making: the new volcanic island of Surtsey; the dramatic sea caves of the Westman Islands, and the town of Heimaey—nearly destroyed by a volcano short decades ago.

• Visit Tórshavn, the capital of the Faroe Islands

• Explore Iceland, the realm of the active earth

Many of Aberdeen’s historic stone buildings are of locally quarried granite; high in mica, they can sparkle like silver. The city is famed for its forty-five parks, gardens, and floral displays. In recent years, Aberdeen has become the gateway to the North Sea oil industry, but the city retains its old world charm and is a wonderful place for a walkabout. We board the Ocean Endeavour in the afternoon.

Off the north coast of mainland Scotland, Orkney is a gateway to ancient realms. The ancient village of Skara Brae and the standing stones at Stenness and Brogdar reveal a palpable prehistoric presence. Neolithic archeological sites include villages, ceremonial sites, and burial chambers dating to 8,000 years ago. From Viking times, the Kings of Norway held a strong presence here until the sixteenth century.

Fair Isle was a Viking hub and is now an idyllic island colony of artists and shepherds. Its sixty residents include global citizens who have relocated to help maintain Fair Isle’s traditions including world-famous woolen crafts. Fair Isle boasts sightings of three hundred and fifty bird species including puffins and great skuas in substantial numbers. The local museum is dedicated to preserving island heritage. The National Trust Bird Observatory is now being reconstructed after a fire in 2019.

Suðuroy Island, Faroes, is famed for its dramatic cliffs towering over the North Atlantic. The village of Sumba, population 239, occupied since the seventh century, is a stronghold of Faroese chain dancing. Hiking is excellent in the foothills of nearby Beinisvøro Mountain, affording spectacular, panoramic views of the region.

Tórshavn, literally “Thor’s harbour,” is the Faroe Islands’ capital and largest town, with a population of 19,000. A former Viking trading centre, Tórshavn is a splendid little city to explore. The National Art Gallery is a treasure, surrounded by gorgeous grounds with walking trails. Nordic House is a must, widely considered the finest example of architecture in Scandinavia.

The northwestern shores of Eysturoy and Streymoy islands are beyond spectacular. Hiking, birding and photography are outstanding. Charming villages connected by high-tech tunnels through mountains and beneath the ocean floor are a unique and startling feature of Faroese life. The spectacular waterfall at Gásadalur is reached through one such tunnel—but look for the old switchback trail over the mountain, once used by the local postman!

Mykines is the westernmost of the Faroes and a geological marvel. Mykines has been identified as an Important Bird Area by BirdLife International for its large numbers of puffins and gannets, guillemots, razorbills, northern fulmurs, Manx shearwaters, European storm petrels, European shags, and black-legged kittiwakes.

Today we will enjoy a day at sea! With onboard education and time spent on-deck, we will keep our eyes open for marine wildlife and seabirds!

Vestmannaeyjar lies off the south coast of Iceland and comprises fourteen islands, numerous rocks and skerries. Only the largest island, Heimaey, is inhabited. The volcanically active area has seen two major eruptions in recent times: the formation of the island of Surtsey in 1963, and the Eldfell eruption ten years later that destroyed much of Heimaey and nearly blocked its harbour.

Reykjavík, “steamy bay”, is a cosmopolitan capital city on the site of what is believed to be the first permanent settlement in Iceland, established in AD 874. Entirely powered by geothermal energy, Reykjavik is among the cleanest, greenest, and safest cities in the world. Today we will disembark Ocean Endeavour and journey home!

Adventure Canada itineraries may be subject to change without notice due to weather, ice, and sea conditions.

Ocean Endeavour is a comfortable, well-appointed small expedition ship expertly engineered to explore the Polar Regions. The ship has an ice-strengthened hull, Zodiacs for exploration and remote landings, and advanced navigation equipment. The newly-refurbished vessel offers a superb guest experience with an expansive choice of cabin categories, large cabins and common areas, a sundeck and observation area, plenty of deck space for polar landscape viewing, and lounges for learning and reflection. The ship’s interiors have a contemporary aesthetic that provides a bright and spacious feel throughout.

Endeavour is also the only polar adventure ship in Antarctica focused on health and wellness , and offers a contemporary approach to cuisine and newly-designed health and fitness features. Facilities include a spa serviced by organic spa provider VOYA, His & Hers saunas, a salt water pool, a gym, and a juice and smoothie bar. Complimentary activities include yoga and stretching classes, an exclusive Polar Photography program, the Scientists in Residence program, and more adventure activities than any other Quark vessel. The ship also has a polar library, and a Polar Boutique for gifts and any needed gear.

Features of the Ocean Endeavour

Deck plan varies for the trips to Antarctica 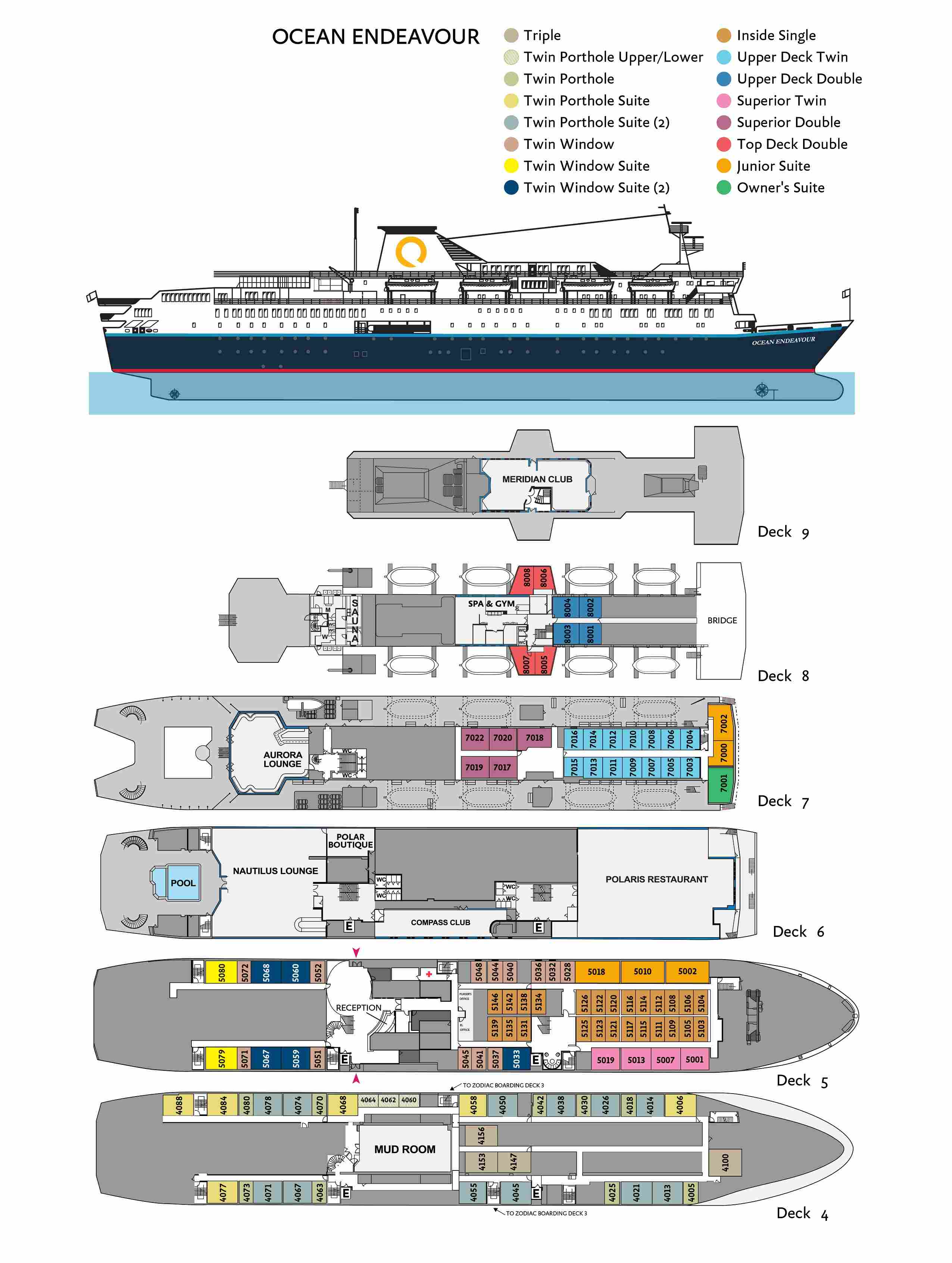 Save 15% on Voyages aboard Ocean Endeavour

SAVE 15% UNTIL JUNE 1, 2020. Prices online do not show the discounted rates. Terms and Conditions apply, special offer is subject to availability, please contact us for more details. 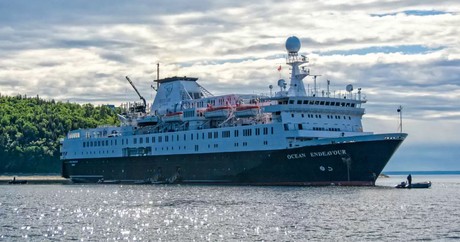 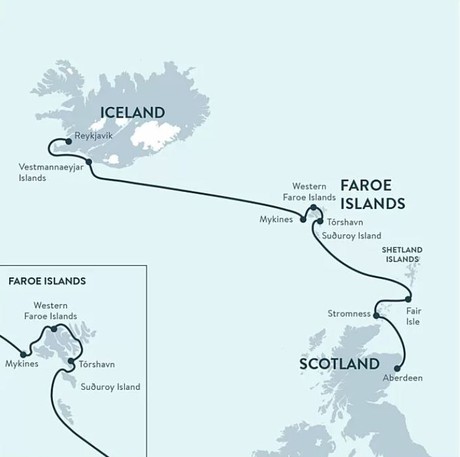