Across the Top of the World: Wrangel Island (Akademik Shokalskiy)

Print a pdf of this cruise
This unique expedition crosses the Arctic Circle and includes the isolated and pristine Wrangel and Herald Islands and a significant section of the wild North Eastern Siberian coastline. It is a journey only made possible in recent years by the thawing in the politics of the region and the retreat of summer pack ice in the Chukchi Sea. The very small distance between Russia and the USA along this border area was known as the Ice Curtain, behind which, then and now, lies one of the last great undiscovered wilderness areas in the world.

The voyage journeys through the narrow Bering Strait, which separates Russia from the United States of America, and then travels west along the Chukotka coastline before crossing the De Long Strait to Wrangel Island. There we will spend four to five days under the guidance of local rangers on the nature reserve. Untouched by glaciers during the last ice age, this island is a treasure trove of Arctic biodiversity and is perhaps best known for the multitude of Polar Bears that breed here. We hope to catch many glimpses of this beautiful animal. The island also boasts the world's largest population of Pacific Walrus and lies near major feeding grounds for the Gray Whales that migrate thousands of kilometres north from their breeding grounds in Baja, Mexico. Reindeer, Musk Oxen and Snow Geese can normally be seen further inland. A visit to massive bird cliffs on nearby Herald Island is also planned. The ‘mammoth steppe' vegetation complex, a rich and diverse relic from the Pleistocene epoch nurtures over 400 plant species and never fails to astound visitors with its sublime beauty. The number and type of endemic plant species, the diversity within plant communities, the presence of relatively recent mammoth tusks and skulls, a range of terrain types and geological formations in the small geographical space are all visible evidence of Wrangel's rich natural history and its unique evolutionary status within the Arctic.

The human history of Wrangel Island is fascinating in its own right. Highlights include a 3,400 year old Paleo-Eskimo camp in Krassin Bay, controversy over discovery and ownership of the island, the amazing story of the survivors of the Karluk, Ada Blackjack the heroine of the island, the Soviet occupation and militarisation and, more recently, the establishment of this world class nature reserve. A host of similarly enthralling stories hail from several optional landings along the northern coasts of Chukotka. Our expert expedition team will take you on guided walks, Zodiac cruises and provide lectures to help you better understand and appreciate this unique High Arctic landscape.

Exclusive Overland Experience - explore the interior of Wrangel Island by six-wheel Tundra vehicle, exclusive to Heritage Expeditions. The High Arctic environment that few people experience is now accessible on this 3 day- 2 night extension. You will travel by special tundra buggy, camp in field huts and enjoy wildlife encounters and photographic opportunities that professionals dream about.

For those departing Nome, Alaska, your adventure begins with a flight across the Bering Sea and International Date Line to the remote port of Anadyr.

All expedition members will arrive in Anadyr; depending on your time of arrival you may have the opportunity to explore Anadyr, before getting to know your fellow voyagers and expedition team on board the ship. We will depart when everybody is on board.

At sea today, there will be some briefings and lectures it is also a chance for some ‘birding’ cetacean watching and settling into ship life. Late this afternoon we plan to Zodiac cruise some spectacular bird cliffs in Preobrazheniya Bay.

Yttygran Island is home to the monumental ancient aboriginal site known as Whale Bone Alley, where whale bones stretch along the beach for nearly half a kilometre. Gray Whales are frequently seen around the island, we will also cruise by Nuneangan and Arakamchechen Islands where seabirds nest and walrus can be found.

Sea conditions permitting, we will land at Cape Dezhnev early this morning. The north-eastern most point of the Eurasian continent, it is sometimes possible to see the coast of America from this remote and lonely outpost. A few nautical miles to the west of Cape Dezhnev we visit Uelen Village the most north-eastern village in Russia. The population is predominantly Chukchi and the village is one of the largest centres for traditional Chukchi and Inuit art in the world. We’ll be entertained by villagers and visit the bone-carving workshop during our visit.

This small island was once an important Russian Polar Research Station and one of a number dotted across the Arctic. Near the derelict buildings are some of the most spectacular bird cliffs in the Arctic, where puffins, guillemots and gulls can be observed and photographed up close.

Days 6 to 10: Wrangel and Herald Islands

Ice and weather conditions permitting, we will spend the next few days on Wrangel Island and we will also attempt to include a visit to nearby Herald Island. There are many landings that we can make to search out wildlife, wild flowers and Arctic landscapes. Polar Bears will be high on our list of animals to see and with a little patience we should be rewarded with a number of encounters. Musk Oxen and reindeer were introduced to the island in 1975 and 1948 though reindeer numbers are low. We also have a chance to visit Dragi Harbour where the survivors of the Karluk which was crushed by ice in 1914 scrambled ashore and lived until they were rescued. Wrangel Island is a Russian Federal Nature Reserve of international significance and importance particularly as it is a major Polar Bear denning area. Also each summer thousands of birds migrate here to breed, including Snow Geese, Snowy Owls, skuas, Arctic Terns, Ross’s, Sabine and Ivory Gulls.

Bounded by narrow sand ridges with numerous lagoons and inlets, this area offers plenty of places to land and explore this extensive coastline. We will be on the lookout for whales, walrus and other wildlife. We will see Chukchi villages whose residents survive in an unforgiving climate, hunting seals and whales just as their ancestors did.

So huge that it is visible from satellite photos, this inlet contains vast numbers of waterfowl and migratory waders. We concentrate our visit on the Belaka Spit near the mouth of the inlet. It is a wild, desolate landscape that is strangely beautiful. We search the dunes and tidal areas for birdlife including Emperor Geese and Spoon-billed Sandpipers. Gray Whales frequent the area and are sometimes spotted feeding only metres offshore.

Early morning we will pass the Diomede Islands, sometimes called Tomorrow Island and Yesterday Isle because they straddle the International Date Line. Here Russia and America are separated by only 2.3 nautical miles of ocean. We will remain in Russian territory as we cruise south past the islands. Later this afternoon we make an expedition landing on the Chukotka coast, our last chance to enjoy the wildlife and tundra landscape.

Relax as we sail across Anadyrskiy Bay towards Anadyr.

After breakfast it will be time to say our farewells. There will be a complimentary transfer to the airport or to a central downtown hotel. 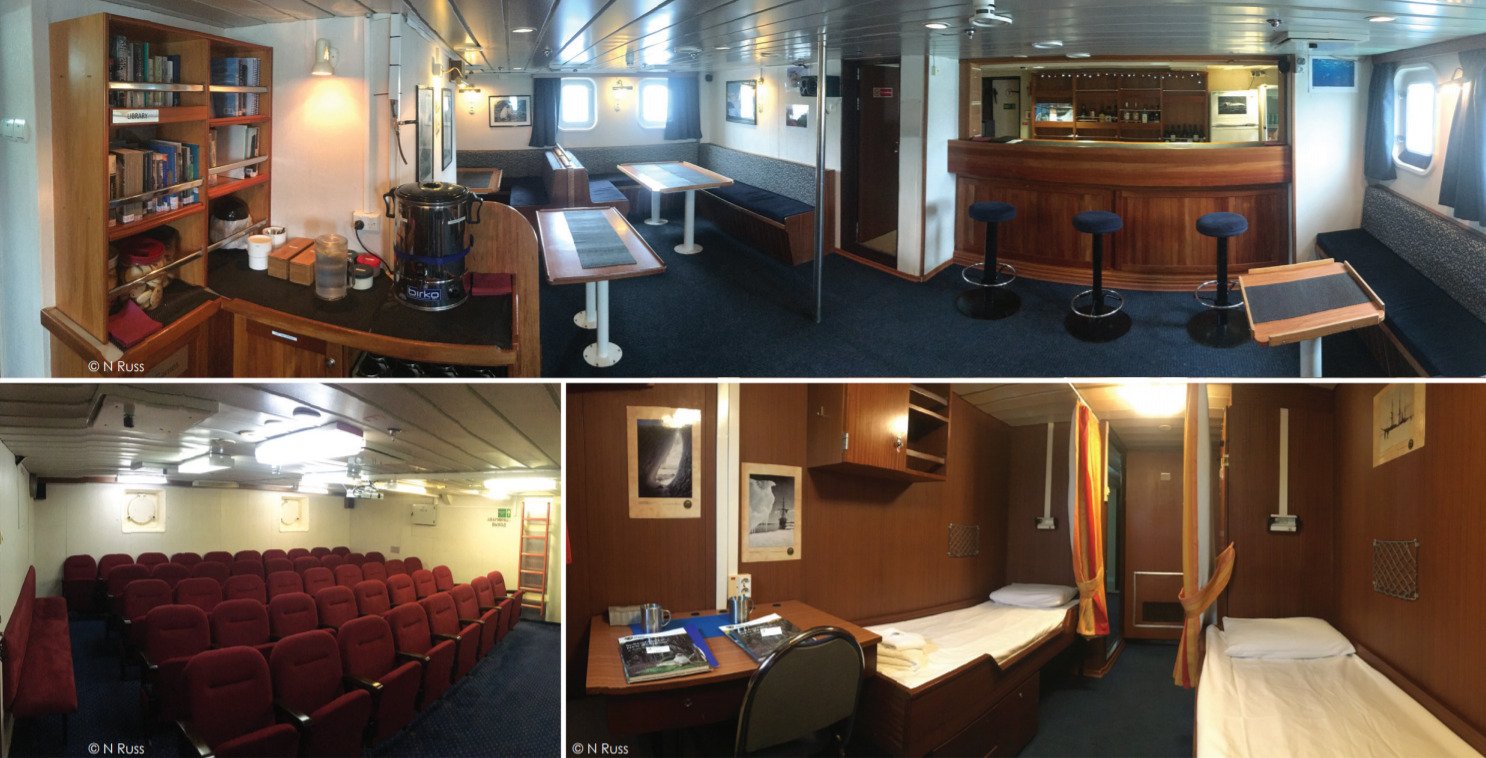 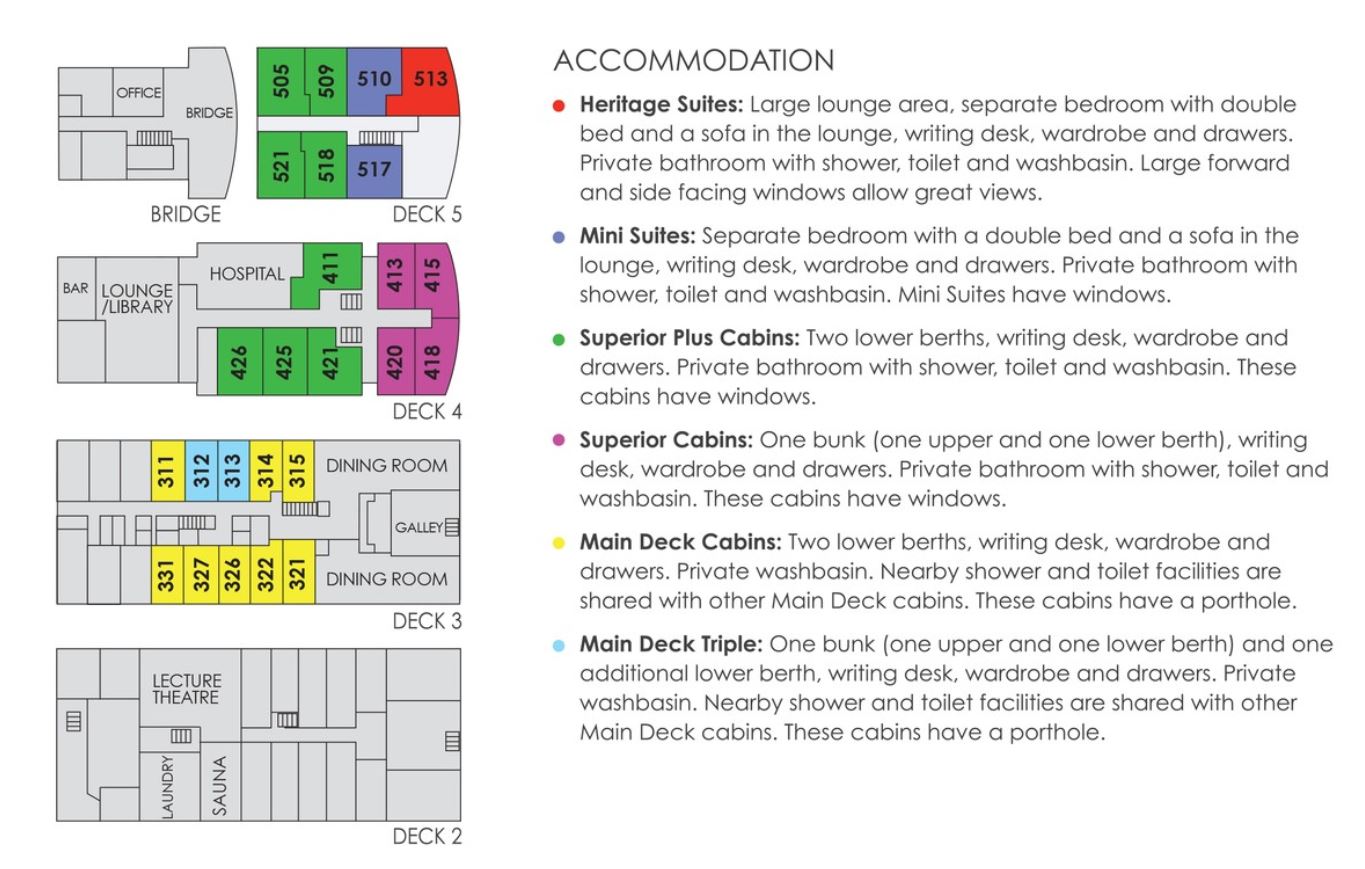 International and Domestic flights, both commercial and charter
Travel insurance
Passport and visa costs if applicable
Beverages on board
Gratuities
Any items of a personal nature including laundry

* Prices for Charter flights and Overland Traverse correct as at May 2020. Subject to change. 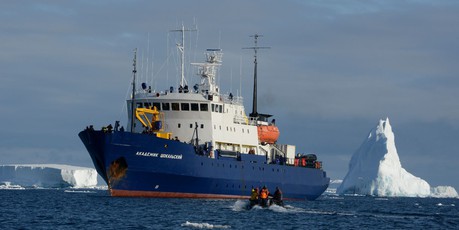 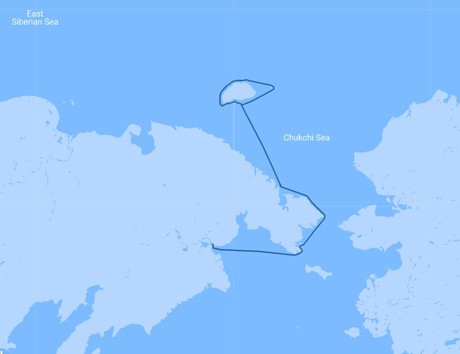